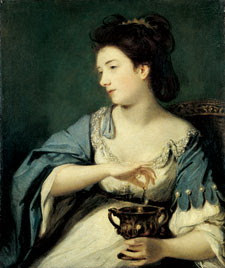 This is not a picture of Ann Green but one I found online representing the “frail sisterhood” - an eighteenth century coutesy title for a member of the oldest profession…a “fallen woman”, “woman of the night”, prostitute.

Before we turn to Miss Green, we have to meet the man who fathered her son, who in turn became our 3rd great-grandfather, on our mother's side.

Our fourth great-grandfather, George Osbaldeston, nicknamed 'The Squire of England', was a descendent of the aristocracy and nobility, if in rather reduced circumstances. He was a braggard, a reprobate, a boozer and “sportsman”. He was nicknamed “The Squire of England”, Master of many of the famous Hunts in the Shires of England (and was allegedly asked to move on from most of them); he played cricket (and got banned from Marylebone Cricket Club for cheating), he raced horses, and ended up in a duel, or rather his ‘second’ did, for cheating and impugning the good name of his rival.

Burton Hunt: “George Osbaldeston was 25 and he soon fell out with everyone except the foxes which he pursued with great noise, energy, boastfulness, courage and determination, to the far corners of the country.” (From http://www.burtonhunt.co.uk/history/)

He, and his party-loving mother, managed to burn through the family wealth - literally in the case of the family estate which he burnt down on 4 Jan 1809. “At whist, it is reported that he played for 100 pounds a trick and 1000 pounds per rubber. At billiards, he allegedly played for 50 hours at a stretch without going to bed, only stopping to go to the nearest racecourse and return. Or so he alledges in possibly the most braggardly autobiography ever penned, Squire Osbaldeston: His Autobiography, edited with commentary by E.D. Cuming. Introduction by Sir Theodore Cook (1926).

Osbaldeston was expelled from Eton and narrowly avoided being “sent down” from Brasenose College at Oxford, for throwing gravy at a Master at dinner. He left without completing a degree. Later, at his mother’s urging, he became a Member of Parliament, where he didn’t bother to show up very often, and never made a speech. He didn’t bother to stand again after serving one term.

His 'autobiography' attests that “No male heir was born in wedlock to that sturdy little horseman, though I have no doubt he was as good a sire as his beloved Furrier…”

He did, however, have a male heir OUT of wedlock, and that is where Miss Green of Lincoln enters the picture.

Squire Osbaldeston wrote in his autobiography:

“Not far from the residence of that married lady [with whom he claims he had an affair] lived a young woman by the name of Green, supposed to be the natural daughter of a member of the Monson family. She was very good-looking, and though a mmber of the frail sisterhood was not at all common. She had had two daughters by two different gentlemen before I became acquainted with her, and was very anxious to have a boy. I told her, jokingly, she was certain to have one by me; and so it proved. He is still alive: sent abroad at the pressing solicitations of some influential friends of mine, he has done well in the world, is married and has a family.
"As I do not consider my relations with this lady an intrigue, she being probably well known as the mother of two children by different fathers in the neighbourhood, there is nothing dishonourable in my mentioning her name.”

He apparently had a substantial sum of money awaiting him. George married a woman named Mary Ann Eastwood at New Norfolk in 1836. They had a large family and moved to Gippsland in Victoria between June 1848 and July 1851.

So far I have not found what happened to Ann Green, or her two daughters born before George. The Squire neglected to mention her fate in his memoir.

Poppa was born about 872, and died about 930. She was the wife, or mistress, of Rollo, the Viking conqueror of the lands that be... 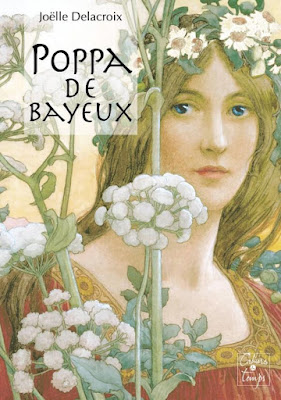